Produce Alliance is shifting West Coast vegetable and leafy greens growing from Yuma, AZ, or the Desert Region, back to the Salinas Valley Region in California Spring Transition, and vice versa. 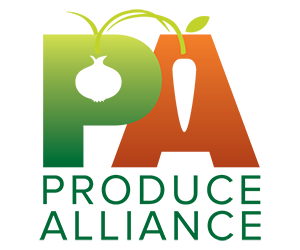 What does “transition” mean?

This is the shift of West Coast vegetable and leafy greens growing from Yuma, AZ, or the Desert Region, back to the Salinas Valley Region in California Spring Transition, and vice versa. Currently, we are transitioning from Salinas, CA to the Desert Region in Yuma, AZ.

Who does this impact?

What crops are impacted?

When does transition happen?

Why do we see quality issues during this time?

We experience increased quality issues and concerns during either transition because of general weather conditions in the growing area. As we inch towards the end of one crop, we see a waning in one growing region and increasing of the other growing region. During transition time, Yuma to Salinas, we have the tendency to see aphids (bugs) in some of the leafy veg from the desert region as a result of the weather.

Overall, the quality is just not as hardy and more fragile during the beginning stages of another crop (new crop has the tendency to be more fragile). As a result, supply is tight, because the quality product is not as available, and we could be in two regions for 4-5 days for the same commodity but with different growers. During transition growers will do a final harvest, and then pack everything up to move onto the next growing region.

How long does it last?

This depends on the grower and crop which is transitioning. The length of time can be from 4-5 days to 2